Dad Went to Doctor for a Bad Bug Bite, the Diagnosis Was Leukemia 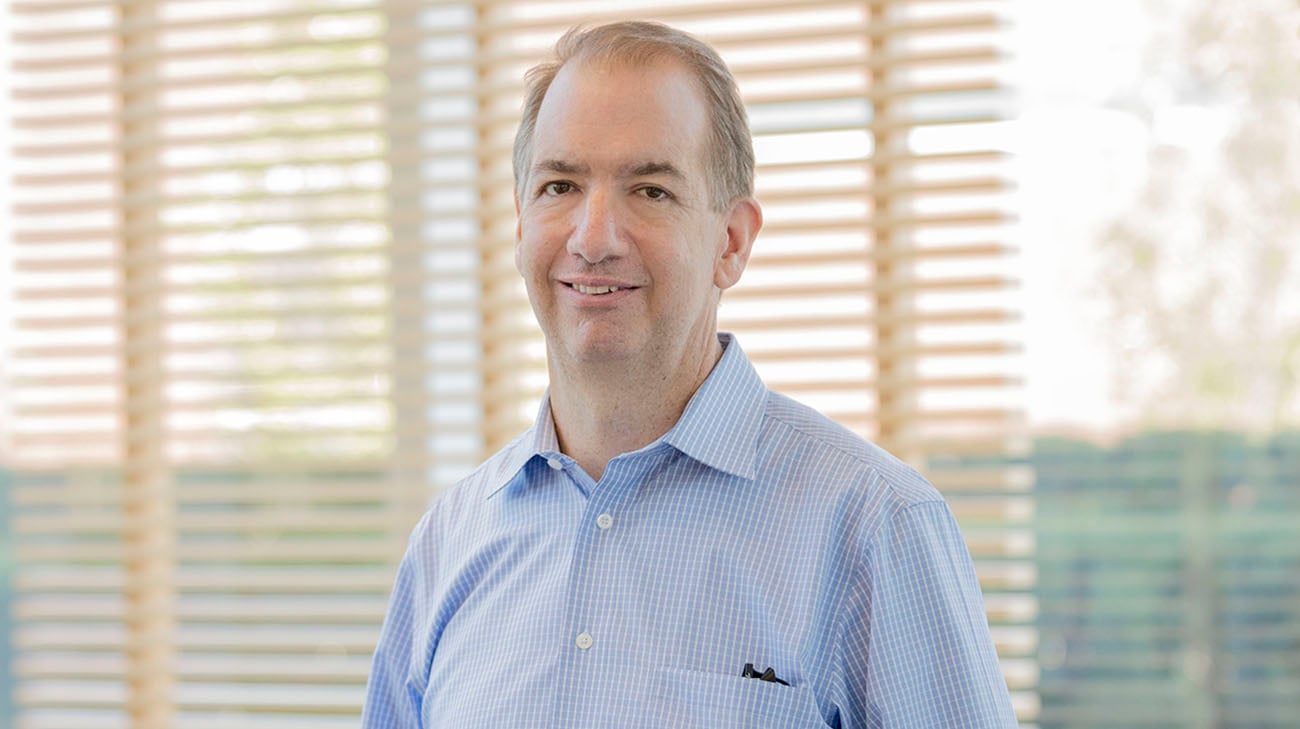 The first thought that crossed Mike Balla’s mind is that the emergency room doctor had him confused with another patient. “I said, ‘You must be in the wrong room,’” Mike recalls saying at Cleveland Clinic Fairview Hospital. ‘I’m here for a bite on my foot.’”

Swollen, red and painful to touch, the top of Mike’s foot kept getting worse, despite two rounds of antibiotics from visits to an urgent care facility and then his family doctor. But what may or may not have been an infected bite from a spider or another insect prompted further attention – and, as the emergency department physician explained, revealed the presence of adult acute myeloid leukemia (AML), a cancer of the blood and bone marrow that worsens quickly if not treated immediately.

Mike and his wife were stunned. But they didn’t have much time to mull over this sudden, unexpected diagnosis. Moments later, Mike – a facilities manager for the City of Rocky River – was being whisked by ambulance to the hospital system’s main campus, where he would begin chemotherapy – the first step in a lengthy, pinpointed treatment regimen at Cleveland Clinic Cancer Center.

When Mike went to the doctor for what he thought was a pesky bug bite, he was transported by ambulance to Cleveland Clinic's main campus. (Courtesy: Mike Balla)

According to Aaron Gerds, MD, a hematologist and medical oncologist who has overseen Mike’s treatment, moving quickly was essential. “For a lot of people who have AML with different mutations or chromosomal formations, we know chemo alone is not going to cure them,” he explains. “Our goal was to get Mike into remission as soon as possible, and then prepare him for a bone marrow transplant.”

While Mike may have waited a week or two, initially, to medically investigate his “bug bite,” many men wait months or even years to visit the doctor if experiencing a health anomaly. And – based on the results of the annual Cleveland Clinic MENtion It® survey – nearly two-thirds (65 percent) of men prefer to try to self-diagnose before going to the doctor.

“So many times, men ignore something about their health, and it goes on and on. Finally, they come to see us when the bottom falls out,” he adds. “While symptoms can sometimes be subtle, it pays to check them out as soon as you notice something is different.” 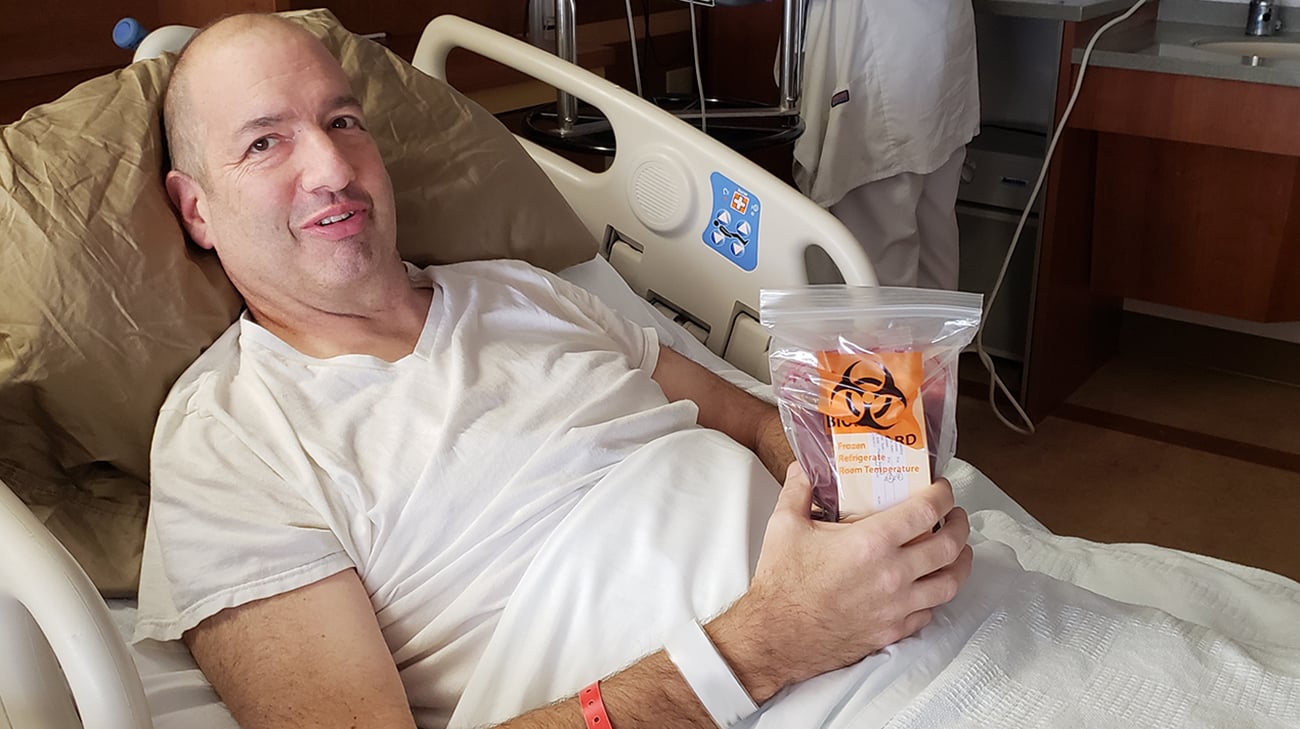 The transplant, too, proved to be successful and Mike even went back to work, part-time, in March after nearly seven months on the sidelines. But his victory was short lived; in May came troubling news after a regular round of blood tests: The cancer was back.

“It was upsetting,” says Mike. “But not surprising. We knew it could happen.”

Dr. Gerds says an AML even after a successful bone marrow transplant, is not uncommon. “Using bone marrow is basically a form of immunotherapy. Sometimes it takes longer for the bone marrow to regenerate, and then recognize and kill any cancer cells. Leukemia can grow so fast the immune system can’t keep up.

After more rounds of chemotherapy, Mike was accepted into a clinical trial of a breast cancer drug that scientists hope will be useful in treating AML, too. And today, he is back in remission – and back at work, four days per week, living what he calls “my new normal.”

Seventy pounds lighter than he was before his cancer diagnosis, Mike enjoys walking – on the job, and around his neighborhood – to build back his muscle tone and endurance. And while he always has his next blood test in the back of his mind, his fight against leukemia is now a part of him – and nothing worth avoiding. 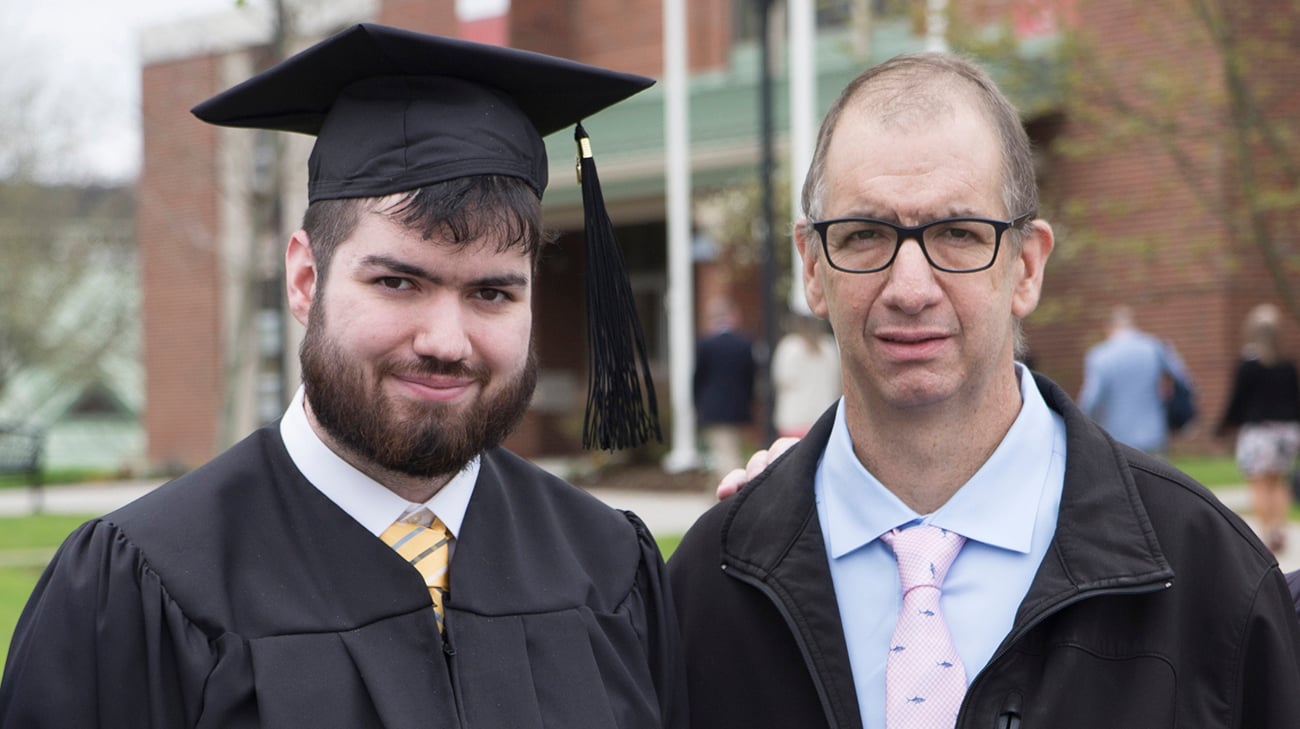 In May 2019, Mike was healthy enough to attend his son's college graduation. (Courtesy: Mike Balla)

Mike has some advice for men who are reluctant to go to the doctor, including the 72 percent of men in the MENtion It survey who said they would rather do household chores – like cleaning the bathroom or mowing the lawn – instead of going to the doctor.

“The hour it takes to go get a checkup could help prevent months of health problems,” Mike notes. “You may think you don’t have time for that. But it’s not true. If you don’t go to the doctor, you may have a much bigger problem.”