Boy Bravely Battles Leukemia While Learning to Live with Autism 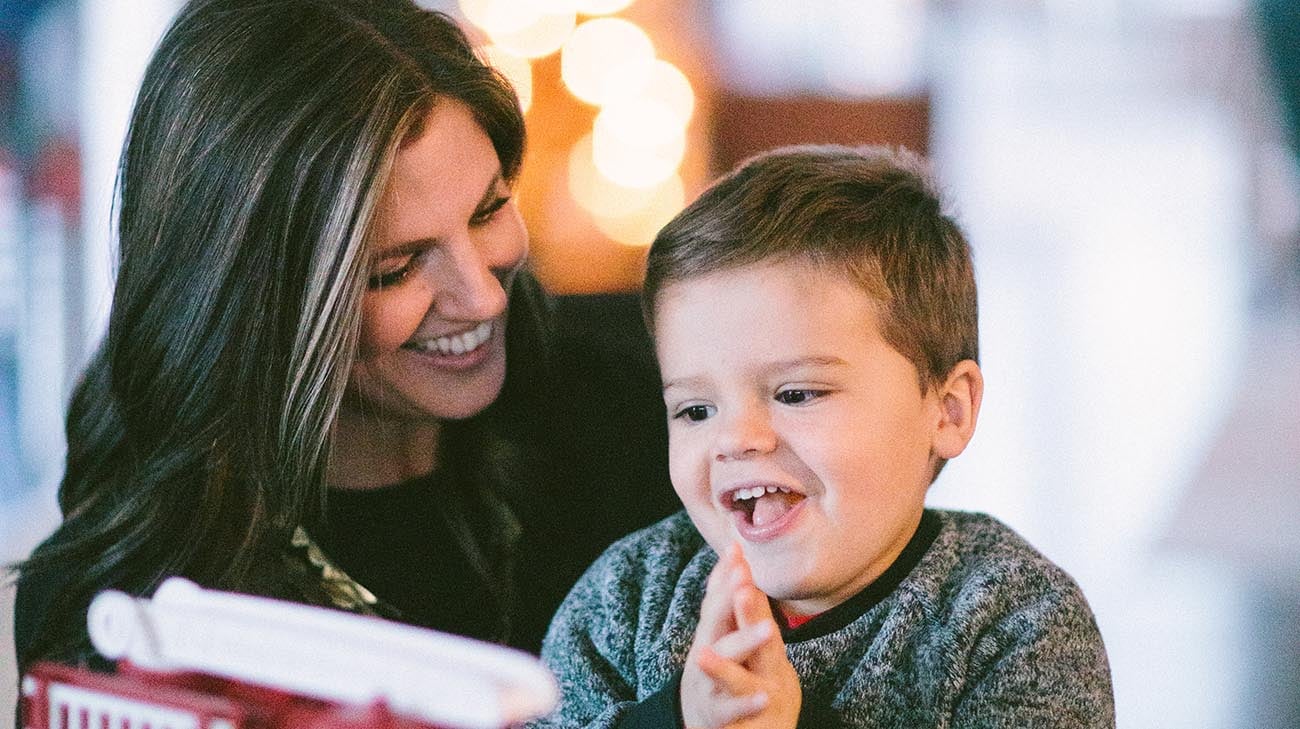 “I think you need to have him evaluated for autism.” Hearing those words spoken from her mother-in-law, a former kindergarten teacher, and echoed by her own mother, was shocking but eye-opening for Autumn Ziemba and her husband, Mark McKenzie.

“Suddenly, it all made sense,” recalls Autumn. “When we stepped back and looked, we realized how much Simon had changed.”

In just a few short months, from June 2017 until that early September phone call, their son – a bubbly 2-year-old who could count to 20 and loved to sing nursery rhymes -- had become much quieter. He rarely interacted with other children, and barely acknowledged his beloved grandparents when they arrived for his sister, Maren’s, sixth birthday party.

After rushing Simon to their pediatrician, and then a same-day visit to a pediatric neurologist, followed by an examination at Cleveland Clinic Children's Center for Autism, the diagnosis was confirmed. Simon had autism. 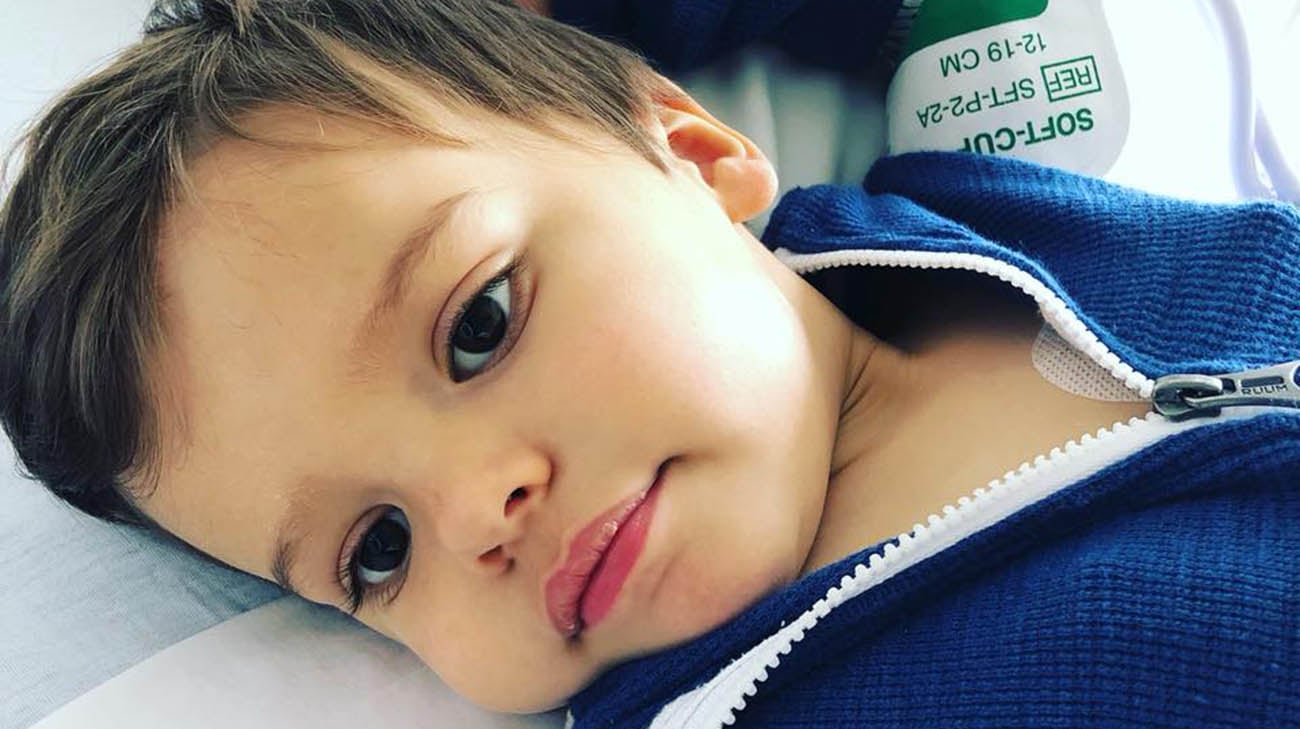 “It was devastating. Immediately, the image you have of your child’s life has changed,” explains Autumn. “Every child on the (autism) spectrum is different. And you start wondering: ‘Will he be high-functioning or low-functioning? Will he be able to make friends? Get a job? What will be his quality of life?’”

Determined to do what was best for Simon, Autumn and Mark immediately began to work with a team of specialists at Cleveland Clinic Children’s in areas including speech, physical and occupational therapy. In September 2018, they enrolled Simon in the infant/toddler program in the Lerner School for Autism, the center’s facility that focuses on teaching communication, play, socialization and developmentally appropriate skills.

“With autism, you’re always concerned about regression,” notes Autumn. “It’s crucial that you start therapy, and the earlier the better.”

However, three months after Simon was diagnosed with autism, and barely into his treatment routine, came another life-altering diagnosis:

Simon also had B-cell acute lymphoblastic leukemia (ALL), the most common form of childhood cancer. 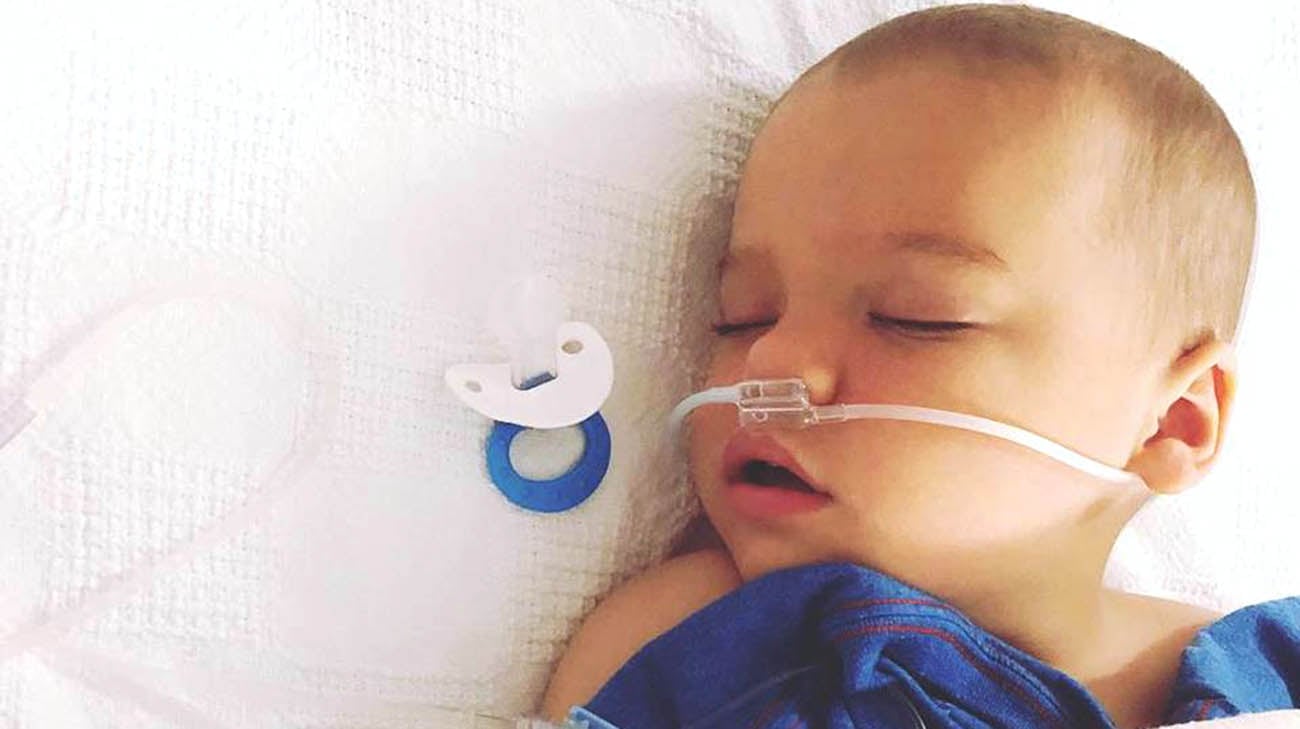 “I remember thinking, ‘This is so unfair. He was just diagnosed with autism!’” Autumn implores. “How can one little kid have to fight both of these? He wasn’t even 3 years old.”

Immediately hospitalized for what would become a seven-week stay at Cleveland Clinic Children’s, Simon underwent two surgeries – the first for an emergency blood transfusion, and the second to insert a chemotherapy port. Next came intense rounds of chemotherapy, compounded by frequent temperature spikes and other conditions that left Simon virtually non-communicative.

Meanwhile, his autism therapies continued, too. Autumn explains: “We would love to have had the luxury of just being able to focus on his cancer. But he’s also a child with autism, and as his parents, we could not ignore his other condition.” 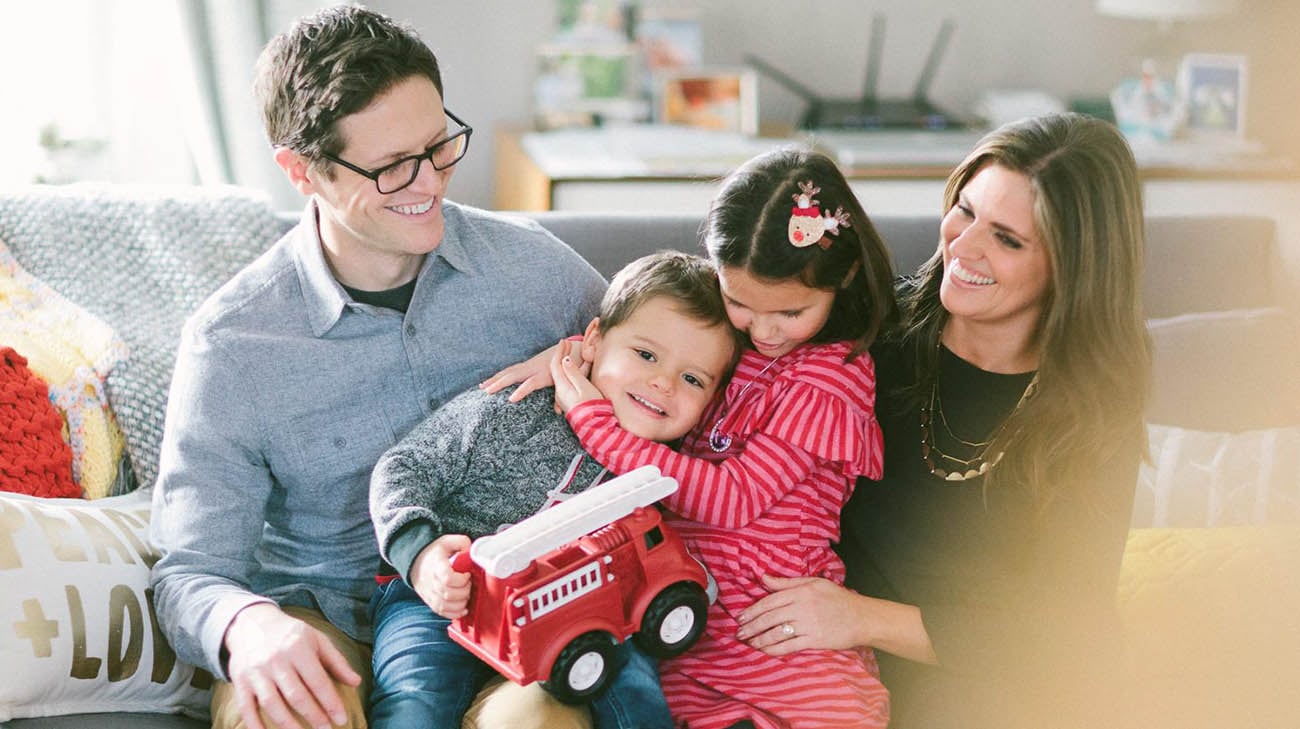 Simon, with his dad, Mark, mom, Autumn, and sister, Maren. (Courtesy: Too Much Awesomeness)

Bravely, Simon battled on. Thankfully, 28 days after the ALL diagnosis, his cancer went into remission.

Amazingly, Autumn says, even while battling cancer, Simon, now 5, has enthusiastically embraced his autism therapies and especially loves attending the Lerner School. “He has come so far. The progress he’s made is astounding. We still have a long way to go, but we’re all just amazed by him.”

Sarah Kovalan, an early childhood teacher at the Lerner School for Autism, says Simon is thriving in both one-on-one sessions with her and other teachers, as well as with his peers during circle time, snack, lunch and recess activities. 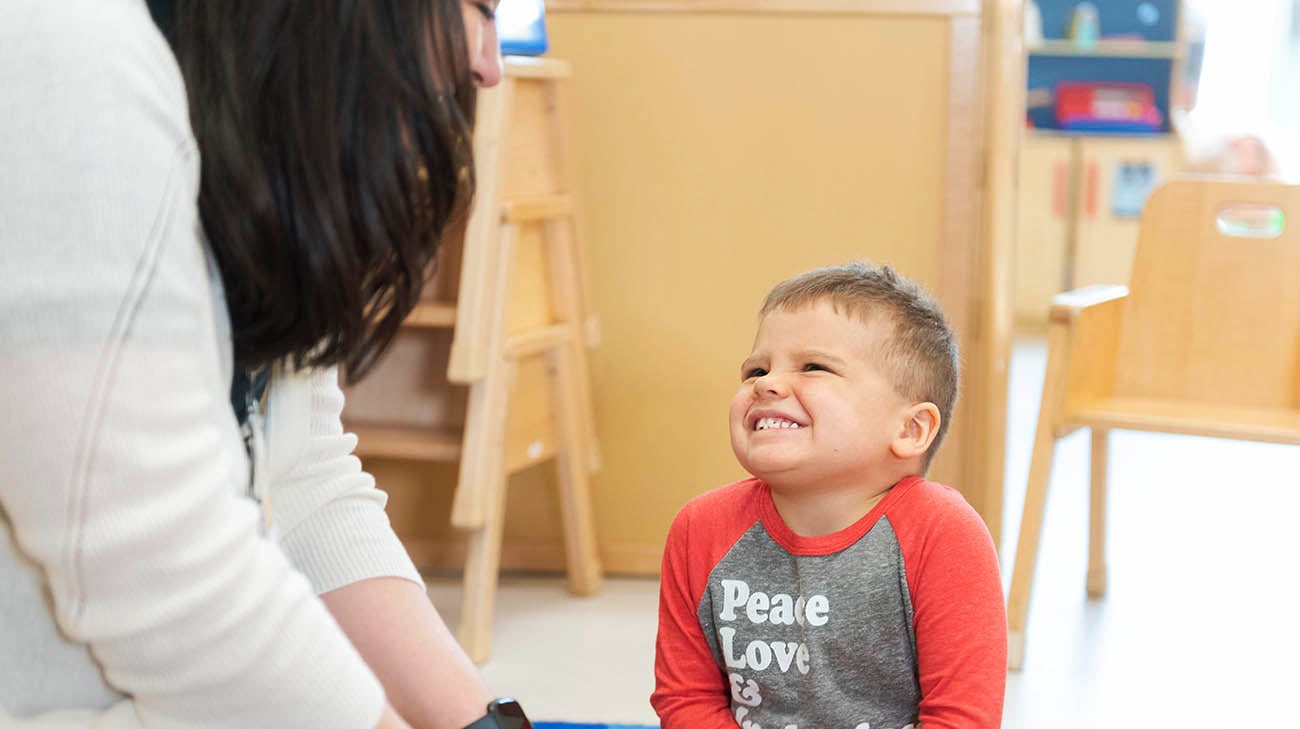 Simon with his teacher, Sarah Kovalan, at the Lerner School for Autism. (Courtesy: Cleveland Clinic)

“He’s just a bundle full of joy, so sweet and so affectionate,” says Sarah, who noted Simon’s progress in communication skills, physical stamina and age-appropriate tasks. “Every day, we just get to see him grow up before our eyes and it is truly amazing.”

Autumn sees a different Simon, too, as he has formed a close, loving bond with his sister, Maren, and is much more open and engaging with other children and family members. 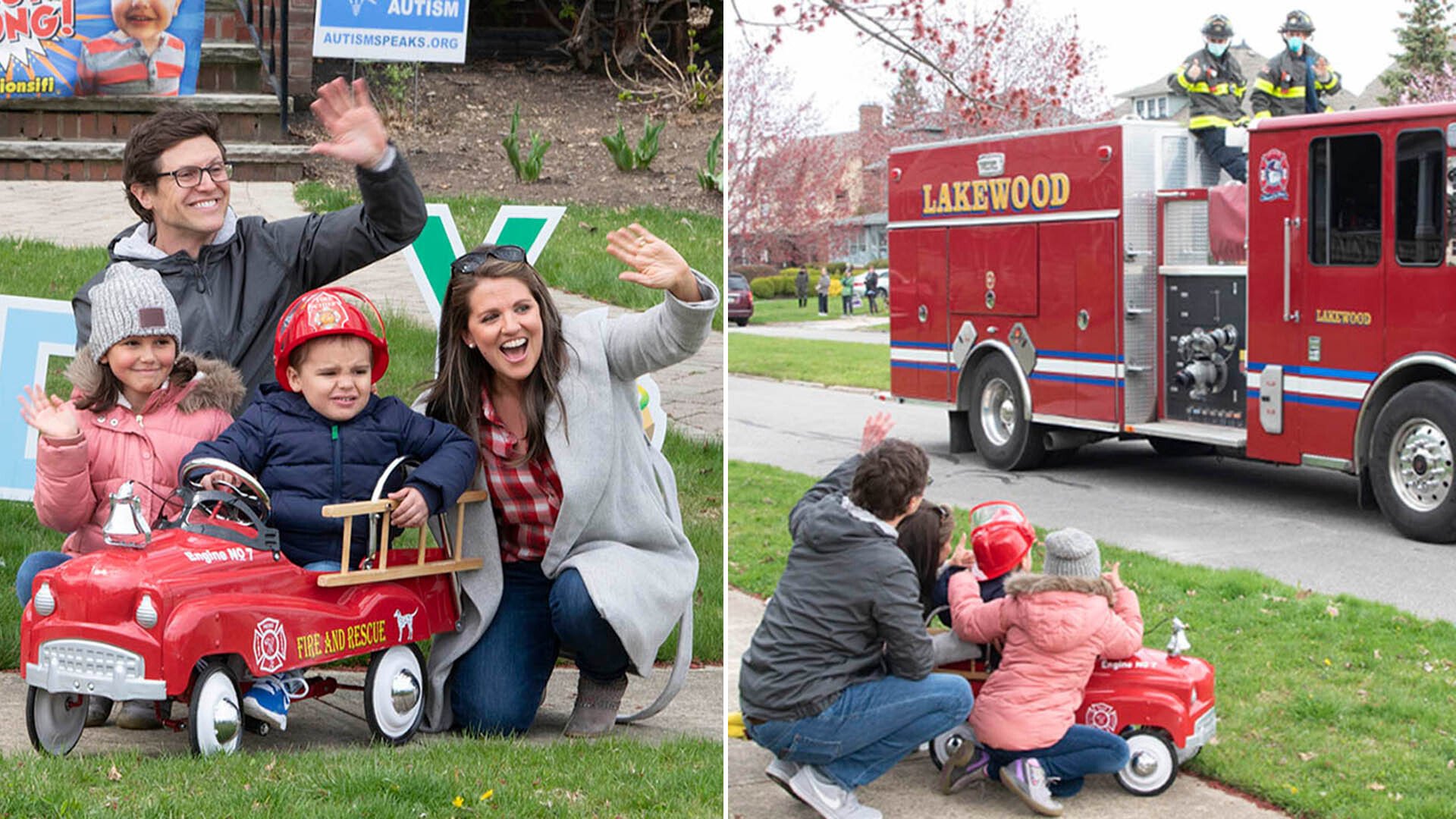 A fire truck parade drove by Simon's house to wish him a happy birthday and celebrate the end of his chemotherapy treatment. (Courtesy: Cleveland Clinic)

After his cancer went into remission, Simon initially needed to continue taking daily and weekly chemotherapy pills, and other forms of chemotherapy periodically, for the following three years. In March 2020, he and his family received the news he would no longer need to continue receiving chemotherapy treatments. Simon remains cancer-free. 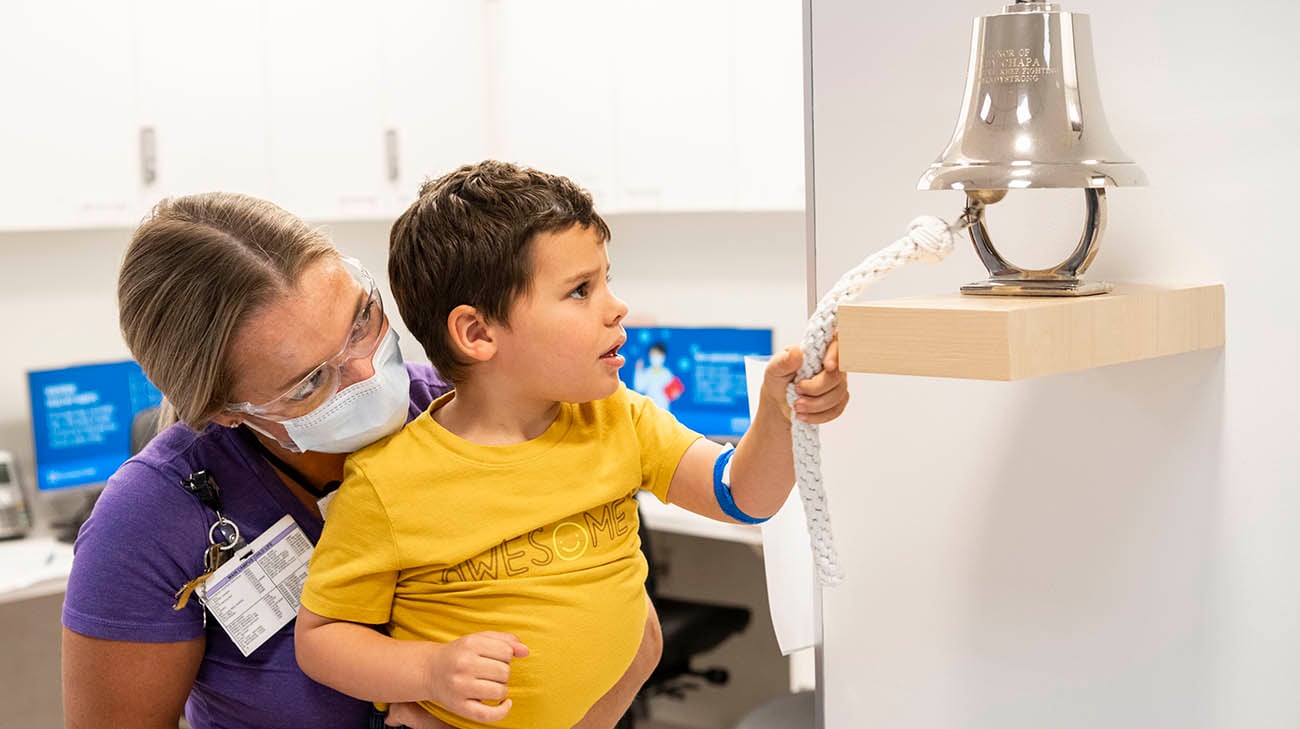 Restrictions during the COVID-19 pandemic put Simon's celebratory moment of ringing the bell on hold. In September 2020, Simon rang the bell at Cleveland Clinic Children's to signify being cancer-free. (Courtesy: Cleveland Clinic)

“Our goal is for Simon to live his best life, and be his best self. And every milestone he achieves is such a wonderful gift, one that he has worked so hard to make happen,” she says. “We’re so proud of him. Actually, pride doesn’t cover it – we’re just in awe.”