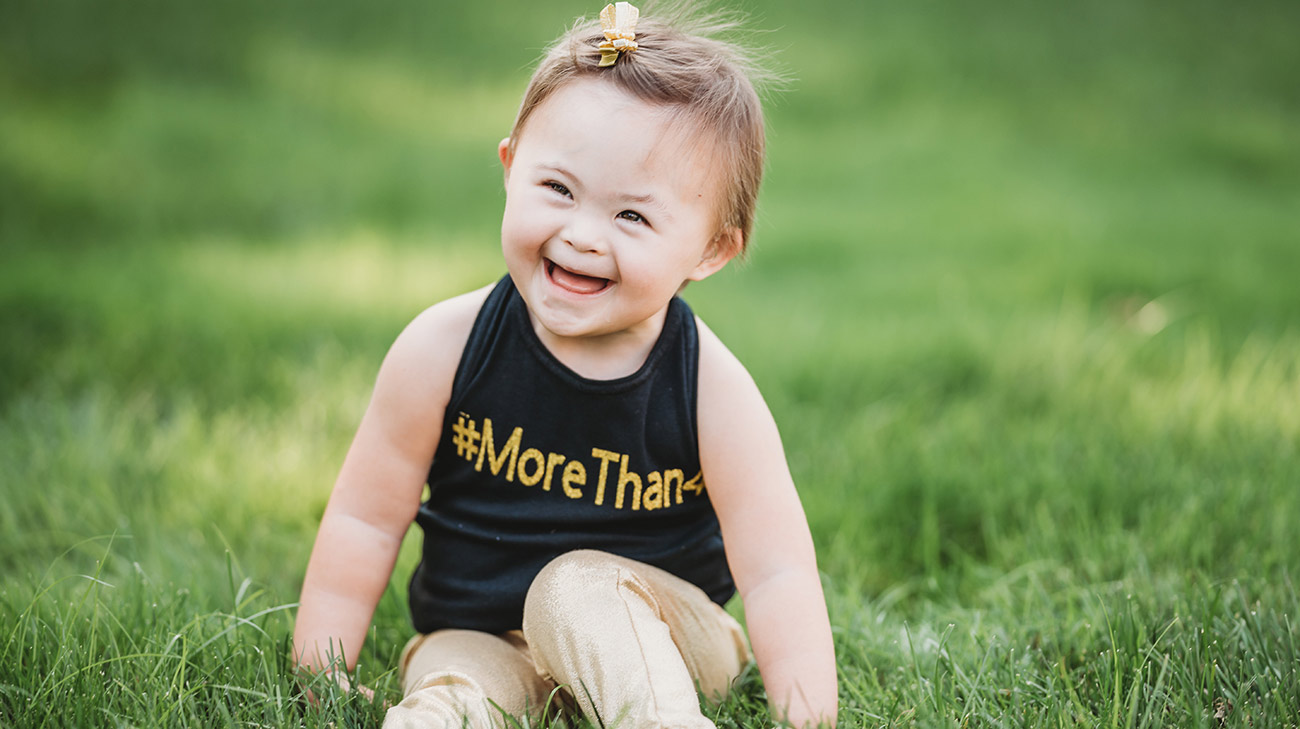 Grace Rosian has a smile that can light up a room. For as vibrant as she is, you’d never know she spent most of her life in the hospital. That’s why her second birthday, her first birthday at home, is such a meaningful milestone.

Grace, now 2-years-old, has weathered the effects of cancer and completed intensive chemotherapy. With her cancer in remission, she continues making progress during her weekly speech and occupational therapy sessions.

“With everything Grace has been through, she’s always been a happy baby,” said her mother, Valerie Revell-Rosian. “I’m amazed to see how strong she’s getting and far she’s come along.”

Born with Down syndrome, two months early in October 2016, Grace has faced a lifetime’s worth of challenges from the start. Diagnosed at birth with transient myeloproliferative disorder (TMD), a form of leukemia common in babies with Down syndrome, she endured her first round of chemotherapy just two days later. And Grace – whose family is always at her side – spent her first two months in the Neonatal Intensive Care Unit (NICU) at Cleveland Clinic Fairview Hospital. 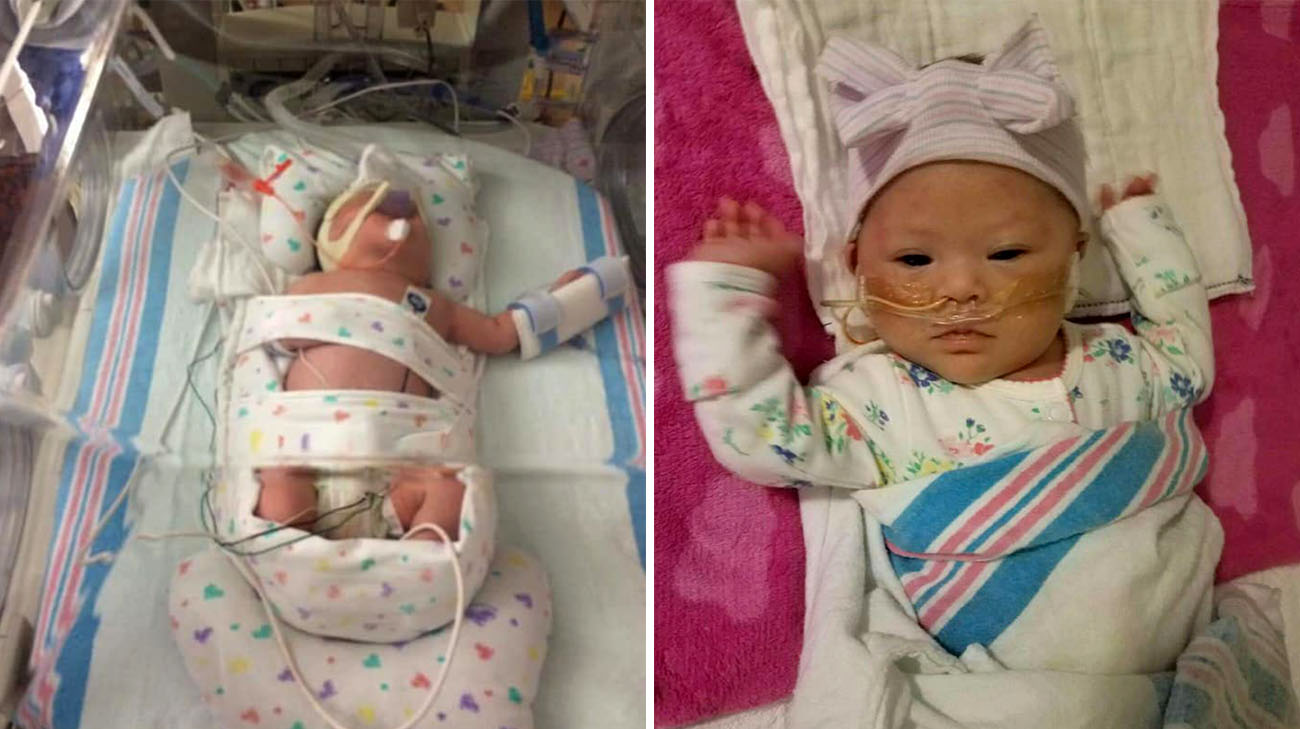 According to Seth Rotz, MD, a pediatric oncologist at Cleveland Clinic Children’s who has treated Grace, children born with Down syndrome bear a higher risk of later contracting acute myeloid leukemia (AML), a more serious cancer of the blood and bone marrow. That is exactly what occurred in August 2017, prompting Grace and family to begin their eight-month inpatient journey.

“Although AML is a curable form of leukemia for kids with Down syndrome, their bodies are extremely sensitive to chemotherapy,” explained Dr. Rotz. “Grace was at such a risk for severe infections that she had to stay hospitalized throughout her treatment.”

Complicating matters was the fact Grace’s AML was also found in her spinal fluid, an extremely rare occurrence that added further rigor to her treatment plan. Grace received 10 spinal tap procedures, in which the chemo was administered directly into the spinal fluid; typically, a child with AML might only need two.

“Even when her body was battered by infection or the effects of chemo, Grace took the treatments like a champ,” added Dr. Rotz. “All the nurses and everybody here just loved her.”

Valerie noted that despite the unusual circumstances, Cleveland Clinic staff treated Grace, brother Robert and everyone in her family like, well, their family.

“I don’t think there was a time when somebody came into her room that they didn’t also acknowledge my son,” she stated. “And they never left without asking if there is anything they could do for us. Little things like that make a huge difference when you’re stuck living in a hospital.” 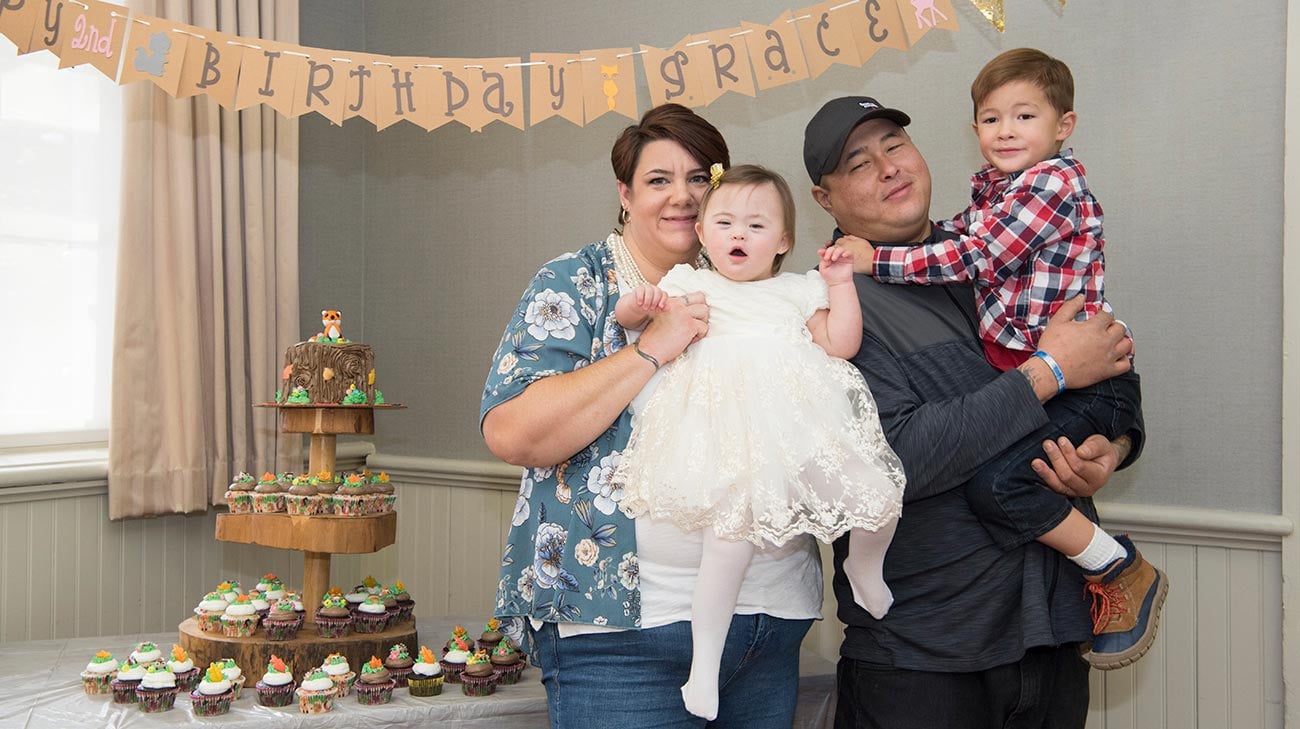 Since the family has been back in their Strongsville, Ohio, home, Valerie says Grace is starting to eat and drink more on her own. She’s even starting to learn sign language.

Grace fell asleep before blowing out her candles, but Valerie still made her own wishes for the birthday girl, “As she continues growing, my hope is for her to find independence and confidence to know she can do anything she puts her mind to.”