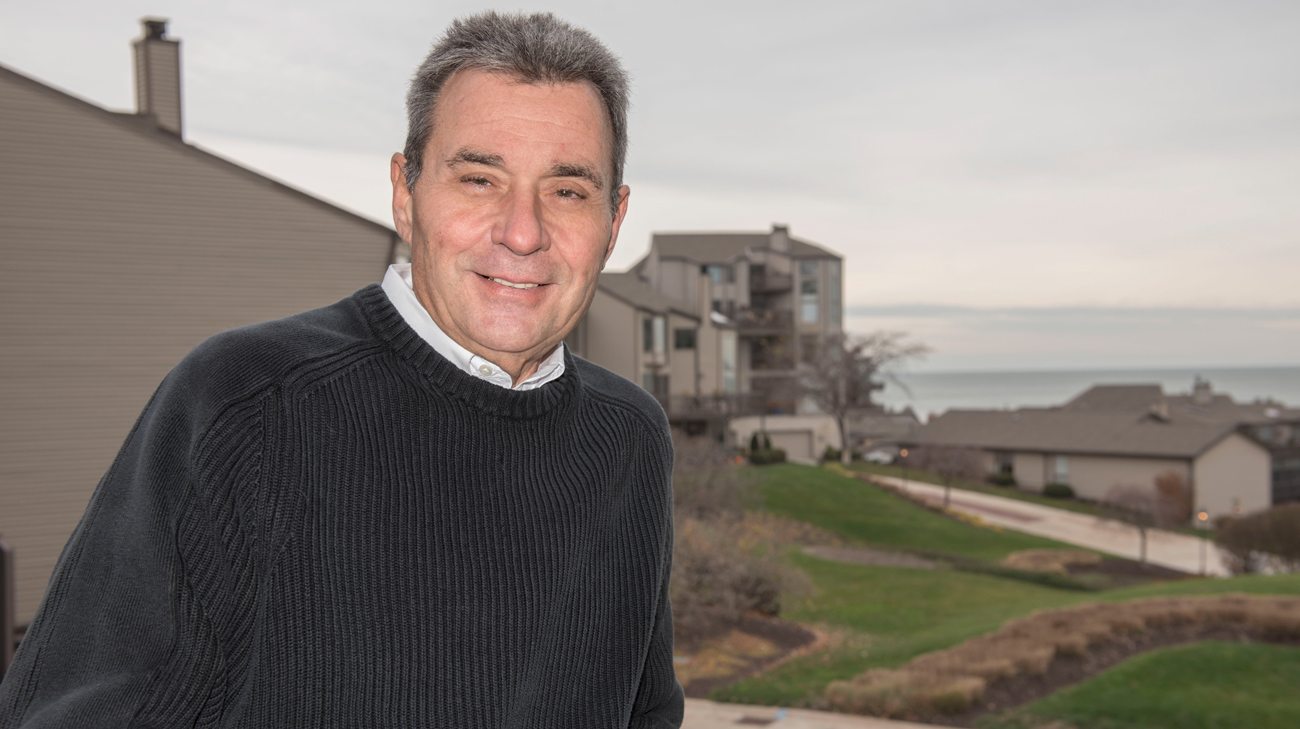 In June 2015, Ed Godic of Bay Village decided to revamp his diet. He noticed blood in his stool and thought a diet change would help. At 60, he decided to remove gluten and add healthier food options to his meals.

After two weeks without improved symptoms, Ed decided it was time to see primary care doctor Cory Fisher, DO, at Cleveland Clinic Beachcliff Family Medicine in Rocky River. “I advised Ed that he needed a colonoscopy to determine the cause of the unexplained blood loss,” says Dr. Fisher.

“The anxiety before the colonoscopy was unfounded; it was such an easy procedure,” recalls Ed. As he woke up from the colonoscopy, his gastroenterologist delivered the results that had been in the back of his mind — he had rectal cancer. “I didn’t think this could happen to me,” he says.

Once he got his bearings and accepted his diagnosis, Ed began the next leg in his course of care. At Cleveland Clinic Cancer Center at Fairview Hospital, he received 28 doses of radiation that caused him to be tired and weak. “It was important for me to remain active even though I didn’t feel like it.”

“Through my experience, I learned Cleveland Clinic technology is outstanding, but it’s the caregivers who made a difference.”

After a short recovery time following the radiation treatments, Ed saw a Cleveland Clinic colorectal surgeon, who completed a resection of Ed’s rectum, and created an ileostomy — a temporary opening for digestive waste to bypass the areas where Ed had surgery. Following the surgery, he spent four days in the hospital.

Today, Ed requires regular testing and medical care, but he’s on the mend. “Through my experience, I learned Cleveland Clinic technology is outstanding, but it’s the caregivers who made a difference. I’d like to volunteer with cancer patients, so I can make a difference in someone’s life, too.”