A speaker series that provides a forum for the world’s most distinguished thinkers, speakers and personalities to engage in a dialogue with members of our community.
Feature Speaker 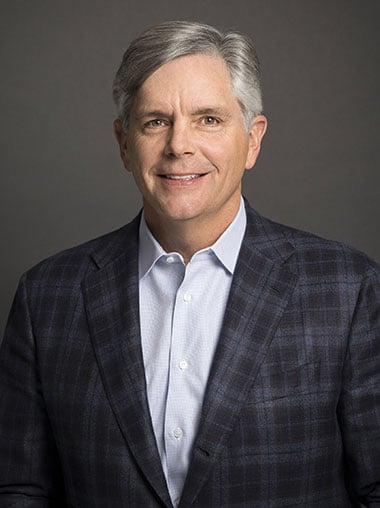 H. Lawrence (Larry) Culp, Jr., is the Chairman and Chief Executive Officer of GE and Chief Executive Officer of GE Aerospace. Larry is GE’s twelfth CEO and eleventh Chairman. He joined the GE Board of Directors in April 2018 and was appointed CEO of GE in October 2018. In June 2022, he was appointed CEO of GE Aerospace. As CEO, Larry has led GE’s transformation to become a more focused, simpler, and stronger high-tech industrial company.

Under his leadership, GE’s total gross debt reduction will be more than $80 billion through 2021 and the company is on track to deliver high single-digit Industrial free cash flow margins in 2023. He has championed lean, bringing a focus on customer value, driving improvements in safety, quality, delivery, and cost, and running the company closer to the customer by creating nearly thirty P&Ls to increase operational visibility. Larry has also led the transformation of GE’s portfolio, including the sales of GE Capital Aviation Services (GECAS), Lighting, BioPharma, and the completion of the spin of GE Transportation along with its subsequent merger with Wabtec.

In November 2021, GE announced its plan to form three industry-leading, global public companies focused on the high-growth sectors of aviation, healthcare and energy. Larry will serve as non-executive chairman of the GE healthcare company upon its expected spin-off in early 2023. He will continue to serve as chairman and CEO of GE and CEO of GE Aerospace until the spin-off of the combined GE Renewable Energy and Power businesses, at which point, he will lead the GE aviation-focused company going forward.

Prior to joining GE, Larry served as the President and CEO of Danaher Corporation from 2000 to 2014, and during his tenure the company increased both its revenues and its market capitalization five-fold. Investors and analysts consistently ranked him as one of the top CEOs in annual Institutional Investor surveys, and Harvard Business Review named Larry one of the Top 50 CEOs in the world.

Larry joined Danaher in 1990 at Veeder-Root, becoming President in 1993. He was appointed Group Executive and Corporate Officer in 1995, with responsibility for Danaher’s Environmental and Electronic Test and Measurement platforms while also serving as President of Fluke and Fluke Networks. He was named Executive Vice President in 1999, Chief Operating Officer in 2001, and President and CEO in 2001.

Larry is a member and the immediate past chair of the Board of Visitors and Governors of his alma mater, Washington College, and also serves on the Wake Forest University Board of Trustees. Previously, Larry was a Senior Lecturer at Harvard Business School, where he focused on leadership, strategy and general management in the MBA and executive education programs.

A member of Phi Beta Kappa, Larry earned a B.A. in Economics from Washington College and an MBA from Harvard Business School.

Many thought leaders have participated in the Ideas for Tomorrow speaker series. Previous speakers are listed below along with links to their presentation videos where available.

Keven Plank
CEO of Under Armour

General Stan McChrystal
Former Commander of U.S. and International Forces in Afghanistan; Author of Best-Sellers Team of Teams and My Share of the Task; Co-Founder of the McChrystal Group

Siddhartha Mukherjee, MD, DPhil
Oncologist and Author of The Emperor of All Maladies and The Gene: An Intimate History

Angela Duckworth
Founder and Scientific Director of the Character Lab

Fred McLeod
Play by Play Announcer for the Cleveland Cavaliers

David Gregory
Author and Former Moderator of Meet the Press

H. Lee Scott, Jr.
Chairman of the Executive Committee of the Board of Directors of Wal-Mart Stores, Inc. (Walmart)

Glenn D. Lowry
Director of The Museum of Modern Art