Established in 1921, Cleveland Clinic is a global, multi-specialty academic medical system with roots in the United States, Canada, the Middle East and the UK. In 2006, Cleveland Clinic Canada opened a state of the art 26,000-square-foot outpatient clinic in the heart of the financial district in downtown Toronto. Since we opened our doors, we have built a phenomenal team who share a passion for practicing our unique model of care–a model that leverages the expertise and clinical excellence of Cleveland Clinic in a way that complements healthcare in Canada and delivers an outstanding experience to our patients.

In 2017, we expanded our expertise in sports medicine and rehabilitation by joining forces with Sports Medicine Specialists located in midtown Toronto. Sports Medicine Specialists was founded in 1991 by Sports Medicine Physician Dr. Michael Clarfield and Orthopaedic Surgeon Dr. Darryl Ogilvie-Harris. Our patients now have the choice of sports health care at either location and will be treated by an expert team of sports medicine physicians, orthopaedic surgeons, physiotherapists, massage therapists, personal trainers, athletic therapists, pedorthists, chiropractors and sports nutritionists.

U.S. News & World Report consistently names Cleveland Clinic as one of the nation’s top hospitals in its annual “America’s Best Hospitals” survey and has named Cleveland Clinic’s heart program No. 1 in the nation since 1995.

Many major medical breakthroughs have happened at Cleveland Clinic, including the first coronary artery bypass surgery, the first nearly full facial transplant and the first successful experimental artificial heart. Our physicians and researchers continue to make life-changing discoveries in many areas, including cancer, heart disease, Parkinson's disease and stroke. 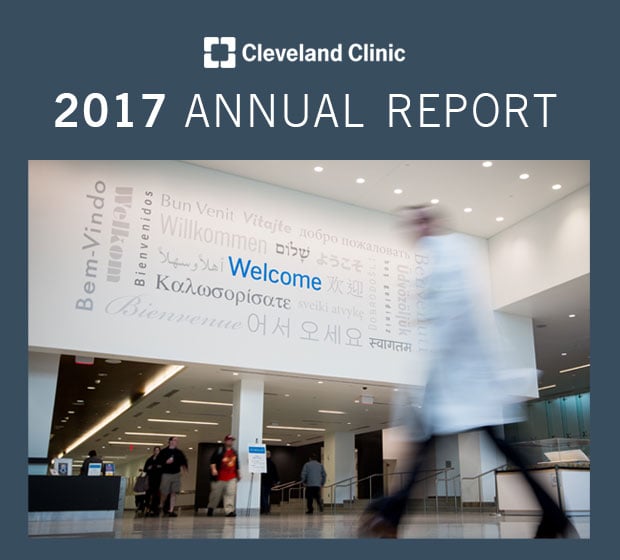