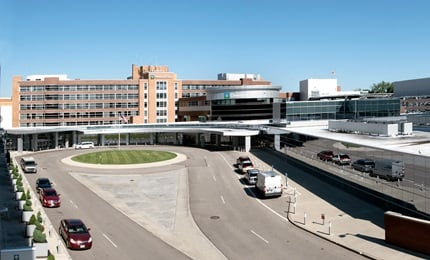 His main surgical/research interest include urological laparoscopic and robotic minimally invasive surgery. Along those years of his maturation he had also paid many short-term visits and learned from many world-renown urological laparoscopic/robotic  experts (including Ralph Clayman, Louise Kavoussi, Indiber Gill, Bertrand Guilloneau, Steve Jacobs, Thomas Arhling, Mark Kawachi, etc.), and successfully mastered almost all urological laparoscopic/robotic operations. He was the first one in Taiwan to perform a successful laparoscopic donor nephrectomy, and then taught and spread his experience to other doctors in Taiwan, the Philippines and China. While he worked in WV, he also successfully accomplished many laparoendoscopic single site living donor nephrectomy—the most cutting-edge smallest incision surgery for living donor nephrectomy. Through these years he developed several pioneer and innovative techniques in urological laparoscopy which were never reported before, including surgery involving adrenal gland, kidneys, and prostate. All the originalities and creativity have been attested by academic publications in highly-cited peer-reviewed journals.

Dr. Chueh has published more than 150 scientific articles and chapters in peer-reviewed journals and books; and has authored a textbook entitled "Practical Guide to Urological Laparoscopic Surgery (in Chinese)".  He has been serving as an Editorial Board member for Transplantation Proceedings, and an Ad-hoc peer-reviewer for Urology, Journal of Endourology, Surgical Endoscopy, Am J Transplantation, Clinical Transplant, PLOS ONE, Urological Science, J Clinical Endocrinology and Metabolism, and South Medical Journal.

always an excellent expirience with Dr. Cheuh and his staff. wonderful doctor!

Dr. Chueh really listens to his patients and explains everything well.

Dr. Chuegh is a famous and caring doctor and also his staff

the doctor and his staff worked well together and r very good.

Dr Cheuh is great. Getting an appointment to see him is not so great.

Dr Chueh is quite thorough in his explanations of my condition, including possible future issues. He always discusses the options for the next visit. I always feel that I have received the needed information, no shortcuts and I never feel rushed.

dr cheuh explains very clearly what is going on. love this dr.

There was a cancellation, so I was able to get to see Dr. Chueh right away, I was pleased about that. If there wasn't a cancellation, I was told that I would have to wait until January for an appointment. That would have been very disappointing.

I went to the Cleveland Clinic feeling extremely nervous and very scared about my health issues. After talking to Dr. Chueh for a few minutes, I started feeling more calm and relaxed. He explained everything to were I can understand what he was saying. He was very understanding, very compassionate, and took time to answer all of my questions. A big Thank You to Dr. Chueh !!

Dr. has called me personally at home to explain things to me.

my whole experience with this Doctor was very poor and would like to discuss with someone in administration.

Dr. took the time necessary to discuss/explain test results and options for next steps including risks and side effects.

very happy with Dr and his staff

Would recommend Dr. Jeff Chueh. He is very thorough, follows up, and has a great staff who explained everything. The doctor has a great bedside manner.

Dr. Chueh addressed my issues with the greatest of care and understanding. He managed to improve my condition dramatically.

all staff at doctor office was fabulous

Dr was excellent! Very knowledgeable, thorough, and made the procedure an overall good experience. I would recommend him to anyone looking to have this procedure done.

Dr. Chueh is top notch. He is very informative and great at follow up.

The pandemic presents new challenges for all of us, so the wait time is very understandable. Under normal circumstances, Cleveland Clinic doctors and staff are always very prompt. Thanks to all of you for your dedication to your patients.

The doctor even took time to call my immune compromised wife who waited in the parking lot during my appointment.

fantastic doctor with the care he gave to me

Dr Cheuh is always awesome and the staff is courteous and helpful.

I am very happy with Dr. Chueh. He explained my condition and discussed my options making me feel confident I am managing my health properly.

Dr Chueh is awesome. He goes over everything very thoroughly and really cares about my issues.

Dr.Chueh is an exceptional physician with superior interpersonal skills.

I have been seeing Dr. Chueh for the past 4 years. I have always found him to be exceptionally caring and always has time to discuss my issues and answer any questions that I have.

exceptional care withExceptional care from Dr.and his support staff. I would say that this office is perfectly run. I'm proud to say is at the top Doc.

I would easily place Dr. Shay in the top 1% of every doctor that I have ever seen. His reliability in discussions and planning are excellent.

Worked quite well on my big screen computer. I was able to see the charts Dr. Chueh was showing me, hear him and see him.

Dr. Cheuh recommended a different follow-up regimen than my previous doctor, explained why clearly, and it made good sense. I'm a new patient to him and he took the time before our visit to become familiar with my history and was fairly well informed about it.

Unless it is necessary for the doctor to take vital signs as part of the "visit", it makes no sense to me to require an in-person visit when a virtual visit will do. The virtual visit is safer and easier and saves the patient quite a bit of time. I hope this becomes widely accepted. I have many underlying conditions and want to stay away from others, especially sick people, as much as possible. I highly value this opportunity.

The doctor is excellent, would recomend him anytime

Dr. Chueh MD is great, best doctor I have encountered at the Clinic!!

He is an amazing Doctor and person

Dr. Cheuh changed one of my prescriptions and it i working better than the discontinued prescription. I appreciate his diligence.

The doctor changed one of my prescriptions and explained why. When I took the new prescription I noticed a positive responsed in 24 to 36 hours.

Dr. Cheuh was very open, comforting and exuded a top notch professionalism that made vey comfortable and calm.

Dr. Jeff Chueh is the most caring and absolute best at what he does. Great doctor!

Besides the delay mentioned above, Dr. Chueh was in a hurry and I wasn't able to ask all of my questions. I followed up with remaining questions for him, via My Chart.

Dr.Chueh was very good at explaining things to us

Dr Chueh is the best. As uncomfortable as the exams are, I wouldn't want to see another doctor. He is so professional.

My Dr Jeff Cheuh is excellent.Cant say enough great things about him. After meeting him for the firsttime hewas able to bring my Urinary problem to a halt & with meds prescribed; cured my problem within the first 2 weeks of taking them.