Success Rates: Cleveland Clinic has been ranked the #1 hospital for cardiology and heart surgery by U.S. News & World Report since 1994. Success rates for specific procedures are available at: http://my.clevelandclinic.org/heart/about-heart-vascular-institute/treatment-outcomes.aspx

Education and Training: Dr. Tarakji received his medical degree from the University of Damascus, Syria.  After graduation, he relocated to the United States where he worked as a research associate in cardiovascular medicine at Wayne State University in Detroit, Michigan.

Research, Publications and Speaking: Dr. Tarakji has authored and co-authored many articles in leading scientific journals including Circulation, Journal of American Medical Association (JAMA), Journal of the American College of Cardiology, and Heart Rhythm. He has also presented at several  national and international medical meetings. He is a member of the American Heart Association, the American College of Cardiology, the Heart Rhythm Society and the Honor Society for Collegiate Schools of Business.

Leisure time activities:  In his leisure time, Dr. Tarakji enjoys photography, biking and hiking. He also is an accomplished classical guitarist, graduating with an “Excellent” rating from the Syrian Ministry of Culture National Conservatory for Classical Music. 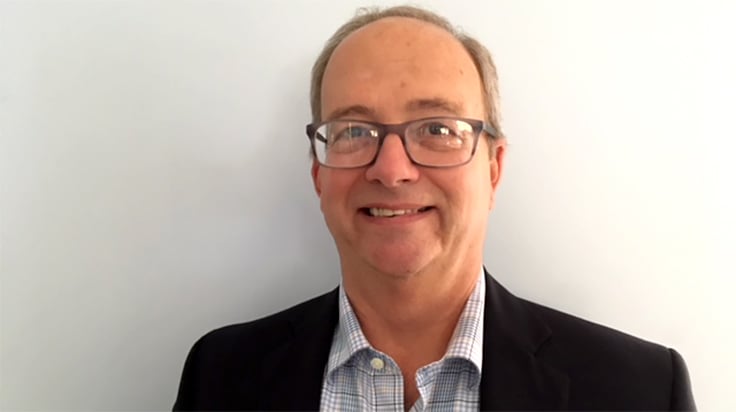 Out of Town Heart Patient Uses New Technology For Treatment

Consulting and/or Speaking. Dr. Tarakji receives fees of $5,000 or more per year as a paid consultant, speaker or member of an advisory committee for the following companies:

Donation of Financial Interest. Dr. Tarakji has consulted for, received compensation for serving as a fiduciary from, or received royalties from the following companies but instructed them to donate all compensation to not-for-profit causes or to the Cleveland Clinic to support research and education:

Dr. Tarajki is a caring and professional who truly cares about his patients.

nothing will compare to doctor to patient contact. however, under the circumstances of the pandemic, it is comforting to know your doctor is still able to evaluate and treat your condition.

dr taraji. spent time with me. expressing concern about my a fib. he sincerely cares about his patients and doesn't make you feel like he is in a hurry. felt comfortable asking questions and receiving answers very competent

very pragmatic and easy to communicate with questions or general issues beyond just the reason for the visit. Highly recommend the doctor!

Overall a very thorough and professional visit! Extremely pleased with the quality of service provided. Dr. Tarakji was fantastic as was his staff.

Fantastic, very thorough and listened to concerns. Extremely impressed that Dr had read case file and had already had a great understanding of my issues

dr Tarakji is a saint! never had a more caring informed doctor.

My decision to fly to Cleveland Clinic was made easy and confirmed by Dr Tarakji and his solution offered by Cleveland C to have the best Technology and Drs. to solve my Irregular Heartbeat...atrium flutter vs my history.

Dr. Tarajki is not only a skilled practitioner but has a caring and personal approach to patient interaction.

Dr Tarakji is a very conscientious and caring doctor. He patiently and thoroughly answers all questions and explains in easy to understand terms. My entire experience with Dr. Tarakji has been exemplary.

Best experience. No complaints. Love the physician I received care from. The staff was amazing and I strongly will reccomend this hospital and this physician. Thankyou for a flawless experience.

Dr. T has always been very informative and direct regarding my AFIB situation. I respect his directions and am very confident in his care.

outstanding,dr. went out of his way to get echo test done that day before I went home. the woman in the insurance office went out of her way and wonderful and personal concern and care to get this test scheduled that day. it was wpnderfol tobe treated so personally and respect.

Scheduling people are delightful and try very hard to accommodate within doctor availability.

I was nervous about coming out to the clinic during these uncertain times, but all went well & I received the care I am accustomed to receiving every time I'm there. Dr. Tarakji the nurses & staff are all amazing ! Thank You all !

Dr Tarakji was really great showing real concern for my well being.

doctor Kaldoun Tarakji and his staff were excellent in my opinion. I felt confident in his care to help my health problem and him and his staff took there time and care for any of my concerns. the doctor spent more time with me on my visit and spoke and explained to me my issues then my doctor at home ever did in the 4 months combined. needless to say that I am not going to old doctor again and will be a patient at Cleveland because I'm confident I'll get the care and the truth I need there.

dr Tarakji is an exceptional doctor and very caring!

Dr. Tarakji took great care to be sure I understood the information he shared. He gave me multiple opportunities to ask questions.

The staff in the Dr.'s office is first class

My experience with Dr. Tarakji was excellent, and I would highly recommend him to anyone needing similar care.

I could not ask for better treatment. The teamwork by the ablation team was amazing, and the proficiency of the team was very reassuring. Dr. Tarakji and the team were very determined to make my ablation treatment successful.

Dr Tarakji was easy to talk with and took his time in discussing my test. He is following up with the Kardia mobile and a 6 month appointment with me, via phone to review. He put my concerns at ease by giving clear information and truly listening to me. My experience at Cleveland Clinic from the test, labs and appointment with Dr Tarakji was a good experience. My only concern was my previous health records sent by my cardiologist for review prior to my appointment were not available for Dr Tarakji for my appointment. For some reason they did not get into the system for his viewing.

I was blessed to make a Dec 2019 trip to Dubai. The royals know Cleveland Clinic and so do I. My experience has been everyone is treated as a royal and I am blessed to be one say it to everyone I meet. Thank you CC and Dr K!

My visit with Dr K left me with a sense of well-being and direction and comfort. Our Doctors in Naples miss the mark..and with office visits that do not compare across all measures, and I mentioned a few in all my comments.Again please give my Personal Thank You to Dr Tarakji. I have taken the time to pass my report to the CEO because my personal well-being has been uplifted. It means more when you are worried about complex variables that have been simplified with direction and knowledge. You can again take charge and enjoy life during these crazy times. Thank You CC.

I was very lucky to get an appointment the same week I called. The next available was 2 months out. When I called later regarding the event monitor and other questions, Claire was always very helpful. Once she put me straight in the line with Doctor Tarakji. It is very rare to have a doctor speak personally. In general, working with this doctor and his office is wonderful.

Dr Tarakji is very careful and concerned about me. He remembers details from more than 3 treated ago. He looks carefully at me chart and is thorough in testing he requests. I feel confident in his care. His bedside manner is very kind and professional as well. He always treats me like I'm intelligent and like we are equals. That is very important to me. Coming to him, I know his desire is to partner WITH me in my care.

My experience with Cleveland Clinic over the years has been near perfect. The reputation of having some of the best technology is a big part of coming there. But, at least as important is the kind mentality of the entire family. I came there from U of M because the speciality doctor I saw at U of M was not so kind. He was too sterile and matter of fact. I didn't get any comfort there, and instead was filled with fear. I'm very pleased I switched, even if it means double the distance.

good experience, uneasy on my side only because it was the first time virtual visit. Doctor is terrific.

Dr. T is very attuned to my needs as well as willing to provide guidance and direction.

I really respect the doctor. He does care.

Dr. T is a clear and thorough communicator. I always enjoy visits with him.

Great experience, Dr. Tarakji is an excellent Doctor and I would recommend him to anyone. In fact, just this week a friend was having a heart situation and I advised him to call Him.

dr. t broke down where we could go for my heart rhythme. It made it more easier for myself to understand it all.