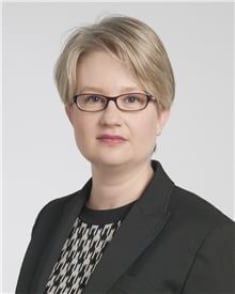 Susannah Rose joined the Department of Bioethics at Cleveland Clinic in 2011, served as the Director of Bioethics Research & Policy from 2014 to 2016, and is currently the Scientific Director of Research in the Office of Patient Experience. She is an Assistant Professor at Cleveland Clinic’s Lerner College of Medicine, of Case Western Reserve University, where she teaches healthcare economics, population-based bioethics, and national and international comparative health policy. She is also an Instructor at Harvard University’s T.H. Chan School of Public Health, where she teaches public health ethics.

She received her Ph.D. from Harvard University's Health Policy Program (with a concentration in Ethics) in 2010. She specialized in applying normative ethics to healthcare policy-making in the U.S, and she developed an expertise in direct data collection methodologies and quantitative data analysis. While at Harvard, she received multiple awards and competitive fellowships: Dr. Rose was a National Institute of Mental Health (NIMH) pre-doctoral research fellow; a Harvard Edmond J. Safra Center for Ethics Graduate Fellow; a Safra post-doctoral lab fellow; and she was also a pre- and post doctoral fellow at Massachusetts General Hospital, sponsored by the National Cancer Institute (NCI) through the Program in Cancer Research Outcomes Training (PCORT).

Prior to her doctoral studies, she earned an MS in Bioethics from Union College/Albany Medical Center in 2006, and a MS in Social Work from Columbia University in 1998. Dr. Rose worked as a clinical social worker and researcher at Memorial Sloan-Kettering Cancer Center in New York City, specializing in the psychosocial issues surrounding cancer.

During her career, Dr. Rose has received multiple mentorship and teaching awards. She has published two books focused helping patients and family members cope with cancer, and she has published and presented in academic venues on topics related to conflicts of interest in medicine, health policy ethics, oncology and clinical bioethics. Her publications have appeared in high-ranked peer-reviewed journals, such as: JAMA Internal Medicine, Journal of General Internal Medicine (JGIM), The Journal of Clinical Oncology, The New England Journal of Medicine (NEJM), and PLOS One, and her book chapters on health policy ethics and end of life care have been published by the Oxford University Press. In addition to presenting at health policy conferences, such as AcademyHealth, she regularly presents at the American Society for Bioethics and Humanities (ASBH).

Her current research focuses upon the effects of transparency (including conflicts of interest reporting, expanded patient access to medical records and online physician ratings) on patient-reported outcomes, and testing the impact of innovations in technology, communication and end-of-life care on health outcomes and patient satisfaction. These areas of research have been generously funded by multiple funding sources, including Harvard University’s Edmond J. Safra Center for Ethic, NIH’s Clinical & Translational Science Collaborative (CTSC) at Cleveland Clinic & Case Western Reserve University, and most recently, from The Greenwall Foundation.

Consulting and/or Speaking. Dr. Rose receives fees of $5,000 or more per year as a paid consultant, speaker or member of an advisory committee for the following companies: